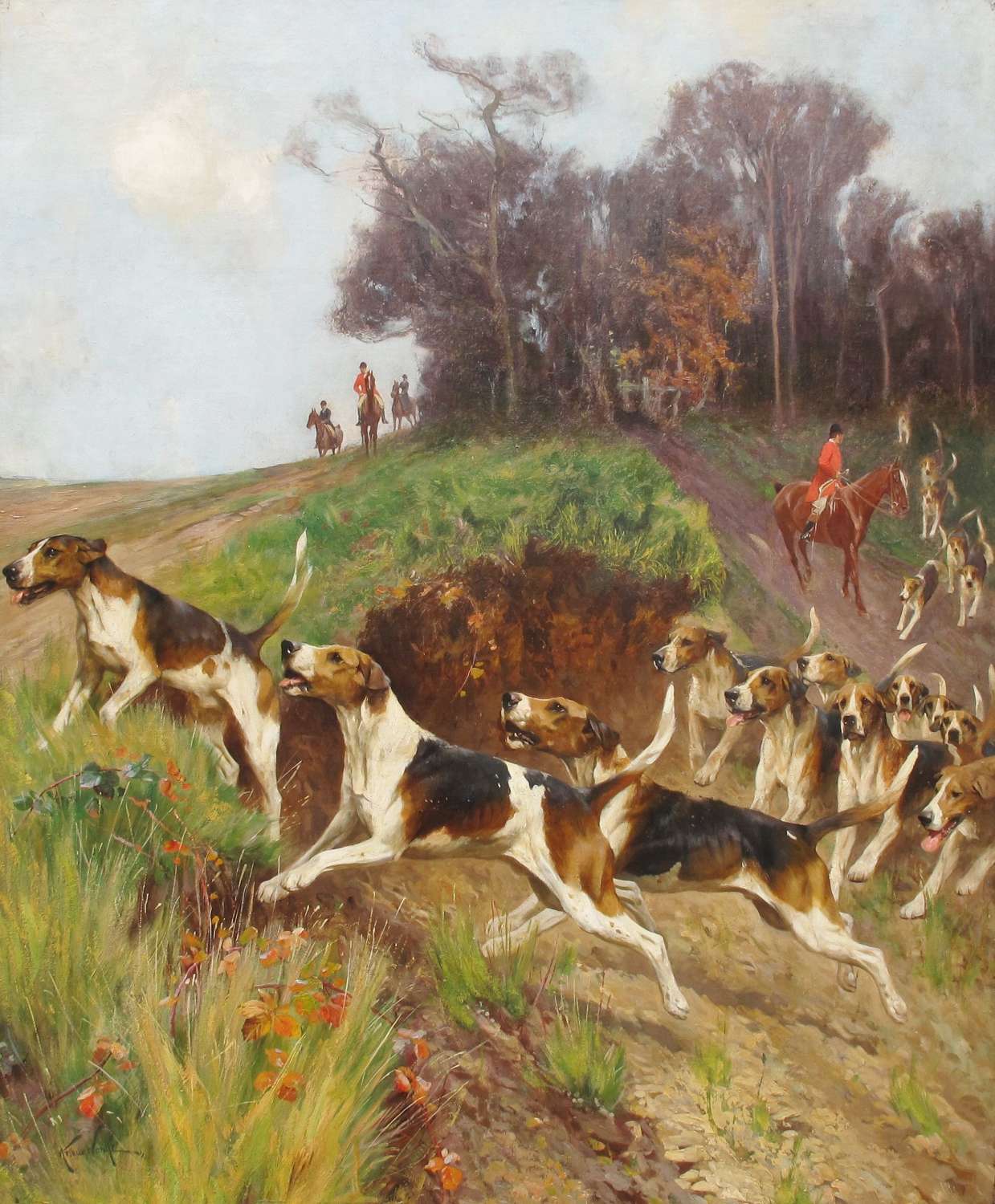 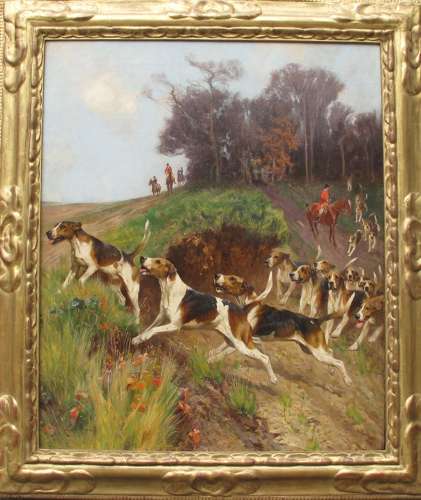 His work may be divided into two categories, domestic and exotic……the latter including leopards, polar bears and tigers.    He held his first one man exhibition at the Fine Art Society in 1835.

He is one of the most widely known dog painters of the 19th and 20th centuries, and he is represented at the Tate, London Kennel Club, Leeds City Art Gallery and at the Belfast, Bournemouth, Chelmsford, Gateshead and Nuneaton museum/art galleries.

His career was highly successful and his work remains highly sought after.