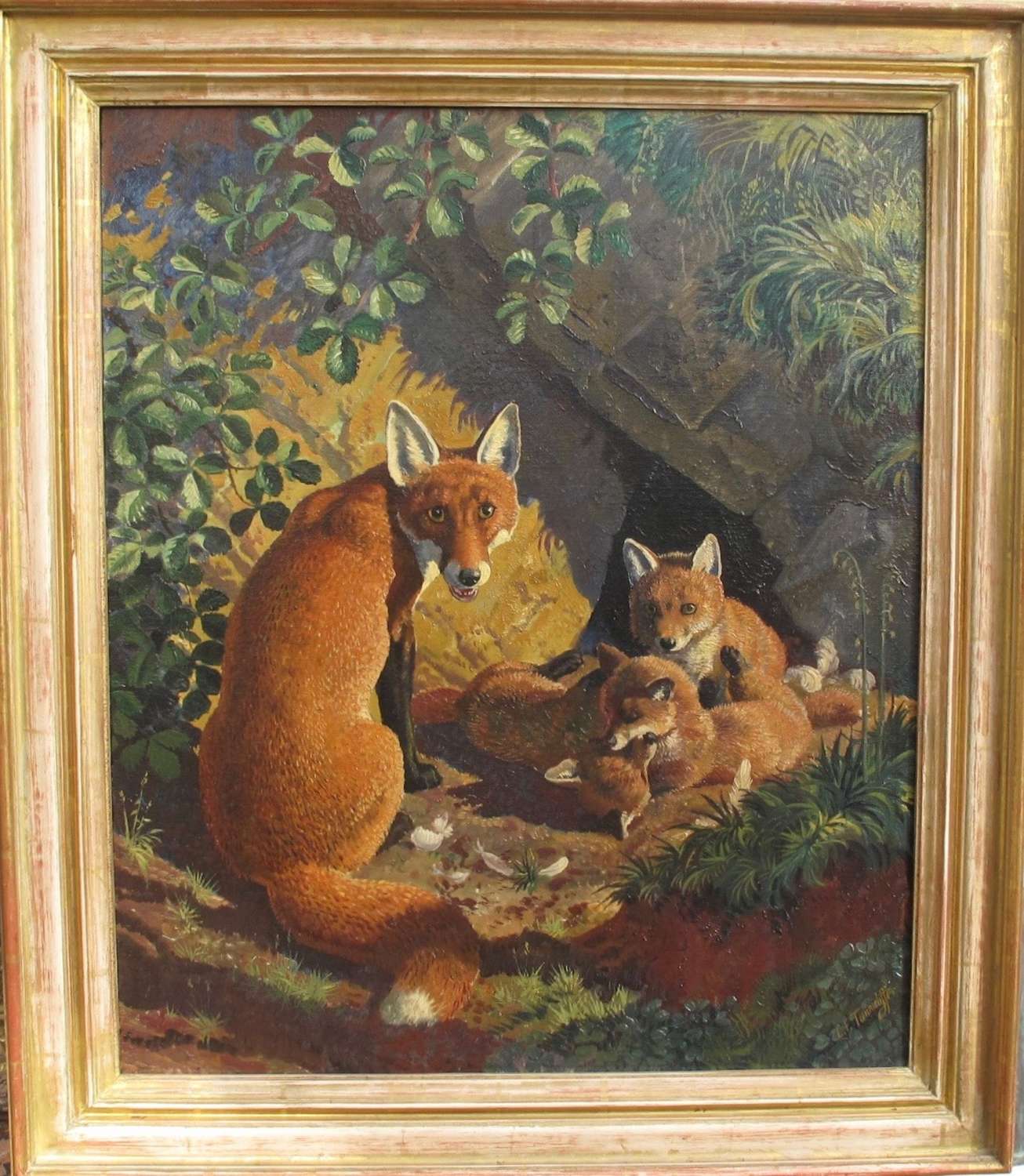 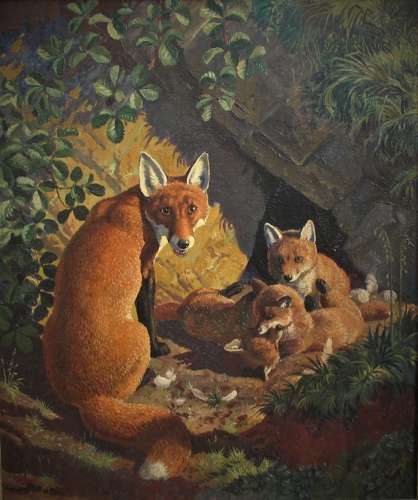 A Vixen with her Cubs’

A painter of birds and animals in watercolours and oils; draughtsman, wood-engraver, etcher and illustrator, Tunnicliffe studied at Macclesfield and Manchester Art Schools, winning a Royal Exhibition Scholarship to the Royal College of Art (1921-5). He then returned to Cheshire, moving to Anglesey in 1947. He illustrated more than 80 full-length books, published his own books and produced a variety of commercial work. He drew many post-mortem measured studies of birds which were exhibited at the RA in 1974. He was the Vice-President of the RSPB and their Gold Medal winner, and he received an OBE in 1978.

It was through his brilliant etched works that Charles Frederick Tunnicliffe’s skill as an artist was first publicly recognised. Even while still a student, his first etchings were seized upon by the highly respected art critic, Malcolm Salaman, who immediately undertook to arrange their publication. C.F.Tunnicliffe went on to produce a body of nearly 100 etched works over the following decade, almost all of which reflect the English farming countryside to which he had been born. His plates are fresh, accomplished and original, and the scenes which he portrays have become social documents showing a form of rural life that has now all but disappeared.

He exhibited at the RA, RE, Manchester City Art Gallery, Walker Gallery Liverpool, Fine Art Society, Glasgow Institute and Abbey Gallery.  He is represented in many public collections at home and abroad.