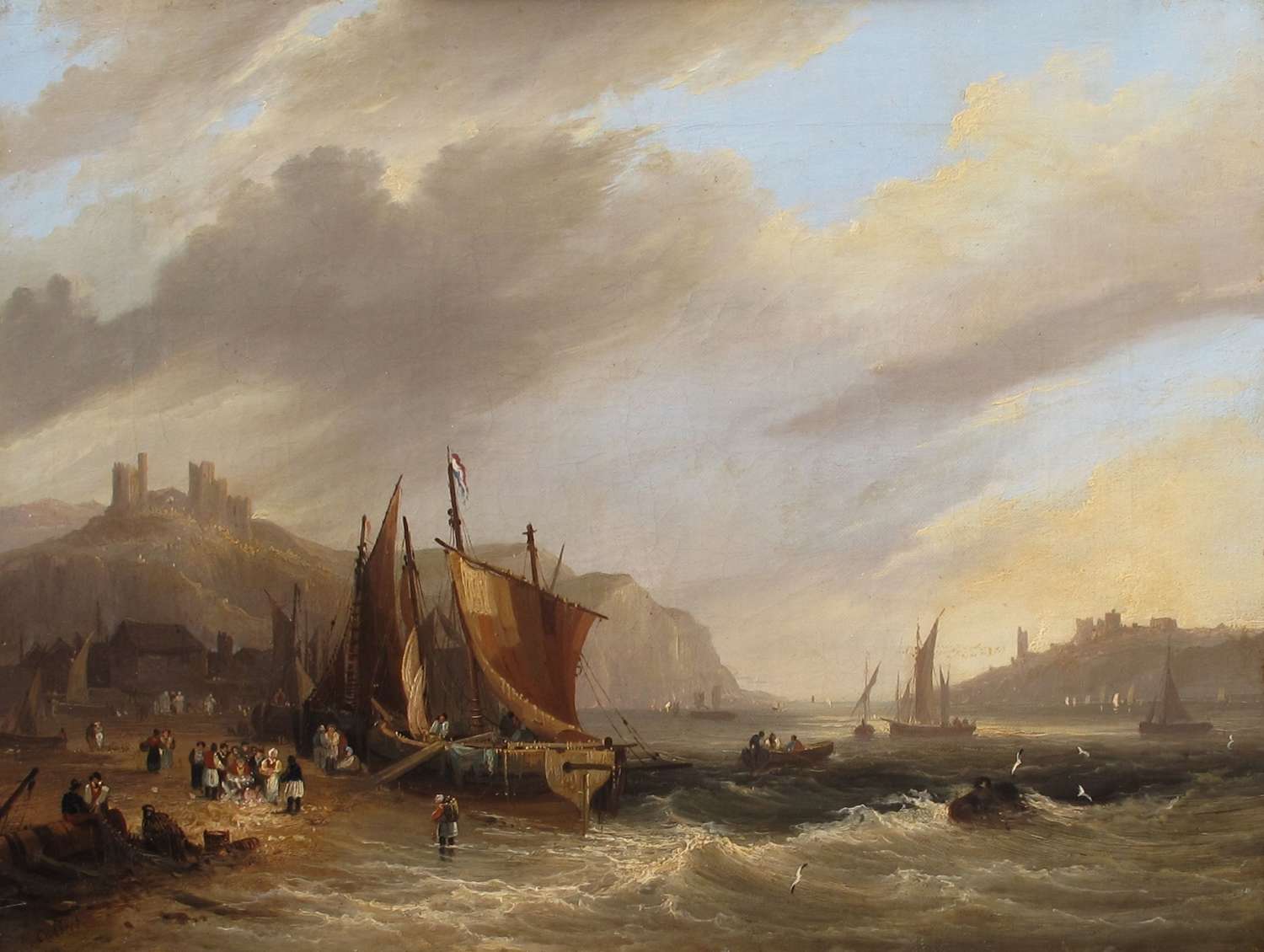 Frederick Calvert was an Irish artist born in Cork in 1793. Although better known for his small coastal shipping scenes, in the early part of his career he concentrated on landscape painting, and it was not until the 1837 Belfast Association of Artists exhibition that he showed two marine scenes.

A number of his works were engraved, and four drawings of Tintern Abbey were published in 1814. He also contributed illustrations of antiquities to the Archeological Journal, as well as Lessons on Landscape and other illustrated works. His watercolors are as well known as his paintings.

In 1827 Calvert moved to London and soon turned exclusively to marine painting. Between 1833 and 1844 he exhibited four marine oil paintings at the Royal Society of British Artists at Suffolk Street, and in 1834 two marine watercolors at the Royal Hibernian Academy in Dublin.