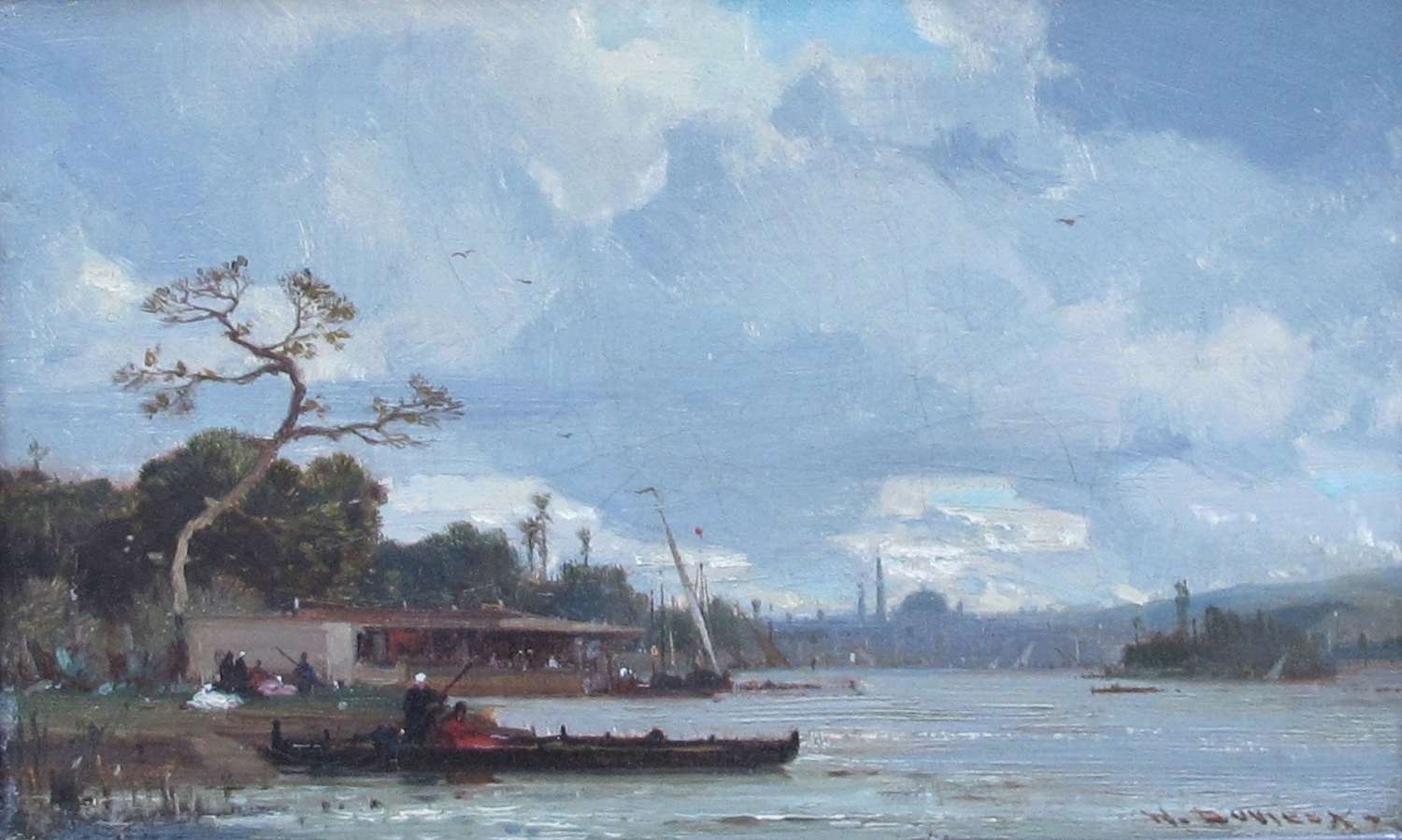 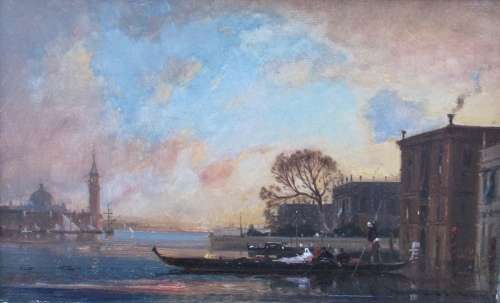 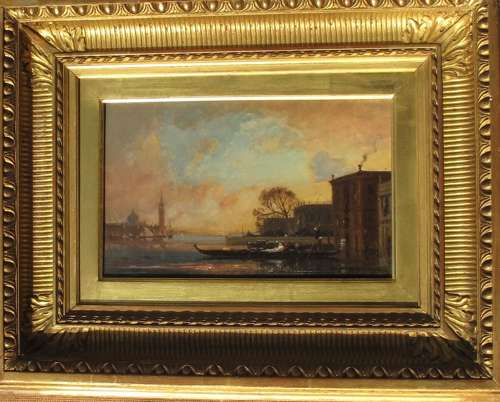 Henri Duvieux was an artist influenced by the interest in Orientism by many celebrated artists of the late 19th Century.  It is not known whether Henri frequently travelled to the East, but he certainly inspired by the architecture and life of Constantinople and Venice, producing many, mostly small, waterside views of these cities. This imagery was very popular pursued in particular by the celebrated artist Felix Ziem, a contemporary of Henri. Like Ziem and J.M.W.Turner, Henri used similar colour to convey intense light and brilliant sunsets and sunrises.  Few details are known about his life……..he was born in Paris and studied under Marihat.  Whilst pursuing his interest in Venice he may well have had a studio in this city.  He first exhibited in 1880 at the Paris Salon at the age of 25.  He rarely exhibited there however, as commissions and travel kept him busy. It is not yet known whether he exhibited in the Provinces. His last showing at the Salon was ‘Campement Arabe’ exhibited in 1882.