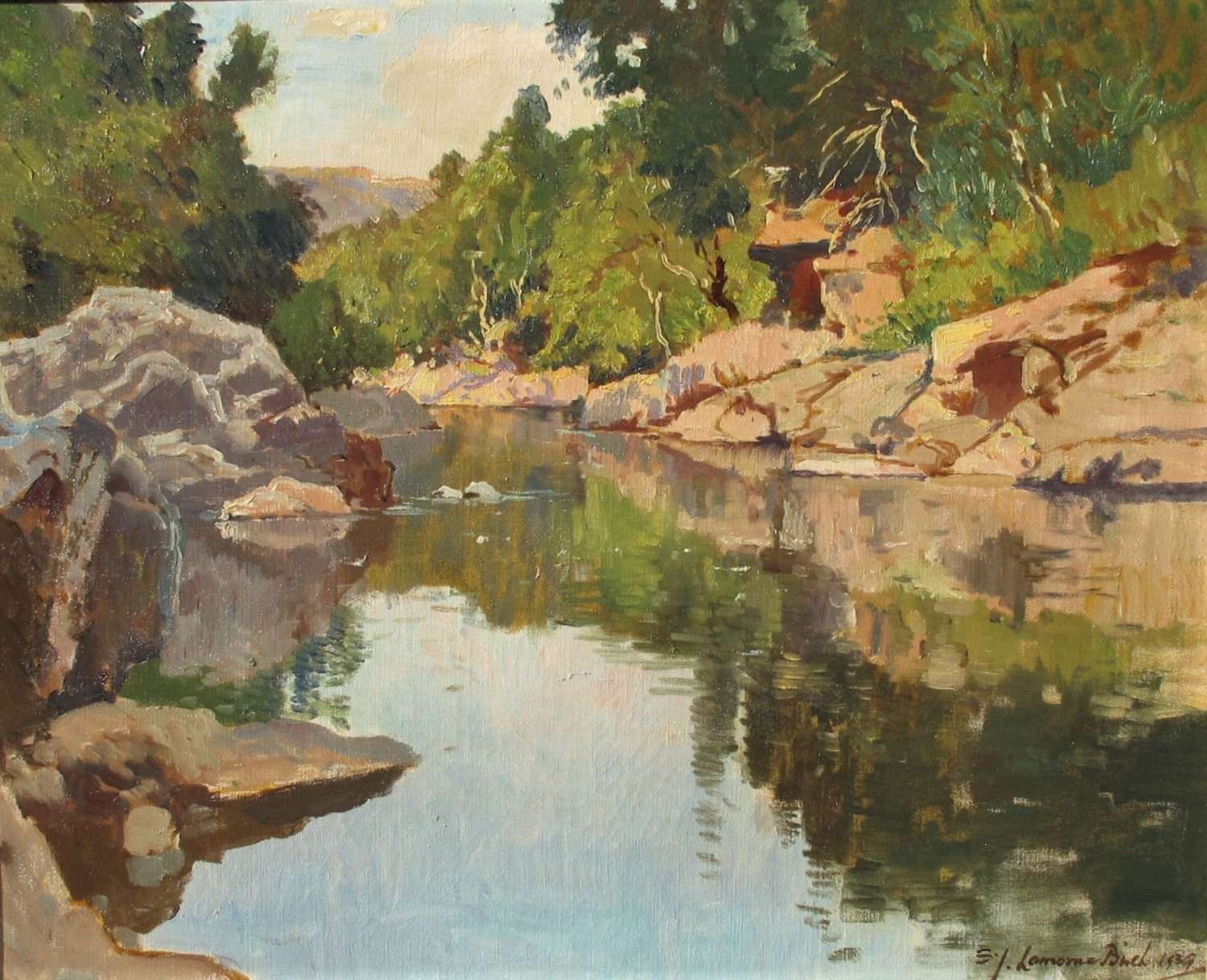 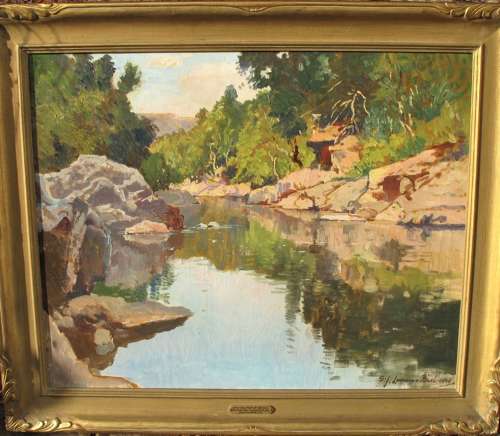 ‘Deep Pools on the Spean, Argyleshire’

Born in Egremont Cheshire.  Apart from a brief period of study at the Atelier Colarossi in Paris (1895), he was largely a self -taught artist.  He first visited Cornwall in the late 1880s and settled in the Lamorna Valley in 1892.  He adopted the epithet Lamorna in 1895 to distinguish himself from fellow artist Lional Birch (an idea suggested by Stanhope Forbes).  He is regarded as the father figure of the later group of Newlyn artists, which included Laura and Harold Knight, Alfred Munnings, Frank Gascoigne Heath and Stanley Gardiner, known as the Lamorna Group.  Birch was elected a full member of the Royal Academy in 1932.  In his long and distinguished career he exhibited over 200 works at the Royal Academy, and numerous other works at the Fine Art Gallery, Royal Watercolour Society and elsewhere throughout the Country and abroad.  He is represented in over 40 Museum/Galleries in the United Kingdom and abroad.

Exhibited at the Royal Academy in 1940.  Original frame.