The Farmyard in Winter’

John Frederick herring Jr. Was born to the well known 19th century artist John Frederick Herring Sr., who at the time was considered one of England’s greatest sporting and equestrian artists, patronized by the English aristocracy.  This served well for his son Herring Jr. who was indirectly exposed to fine paintings and wealthy patrons.  Herring Jr. painted in the style of his father and their work is often confused as their signatures were alike.  After 1836, Herring Sr. feeling threatened by his son’s ability and growing popularity began incorporating the tag ‘SR’ at the end of his signature.

Herring Jr. painted many horse portraits in exquisite detail, and he painted numerous charming small scale studies including goats, pigs, rabbits, birds and horses often incorporated together as farm yard scenes.  Occasionally he produced finer works on larger canvases often for exhibiting at the major academies, bringing greater recognition and lucrative commissions.  He exhibited at the Royal Academy, British Institution and the Suffolk Street Galleries.  He is represented in many collections including the Tate Gallery.

This is a fine work in perfect condition in original frame 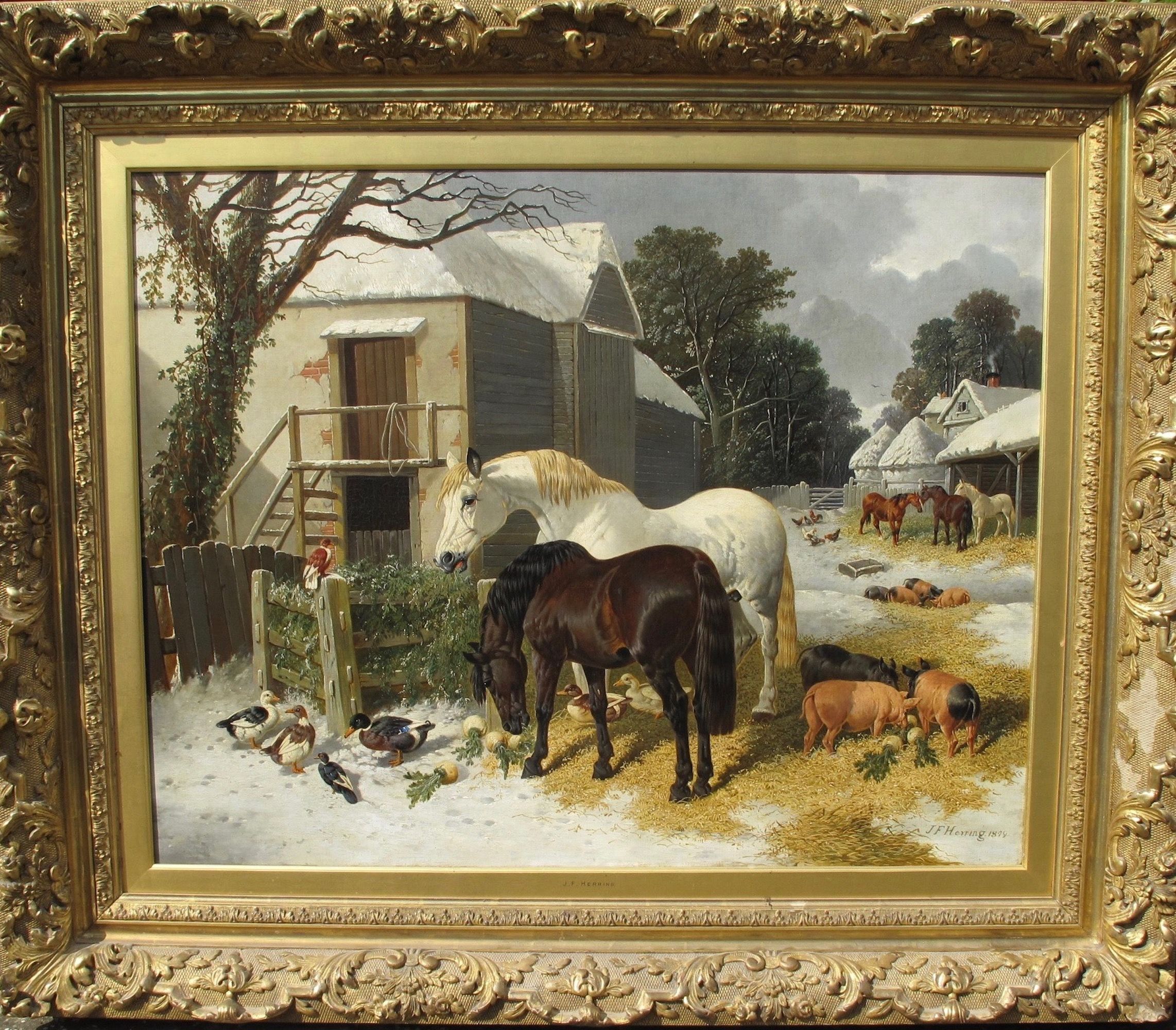 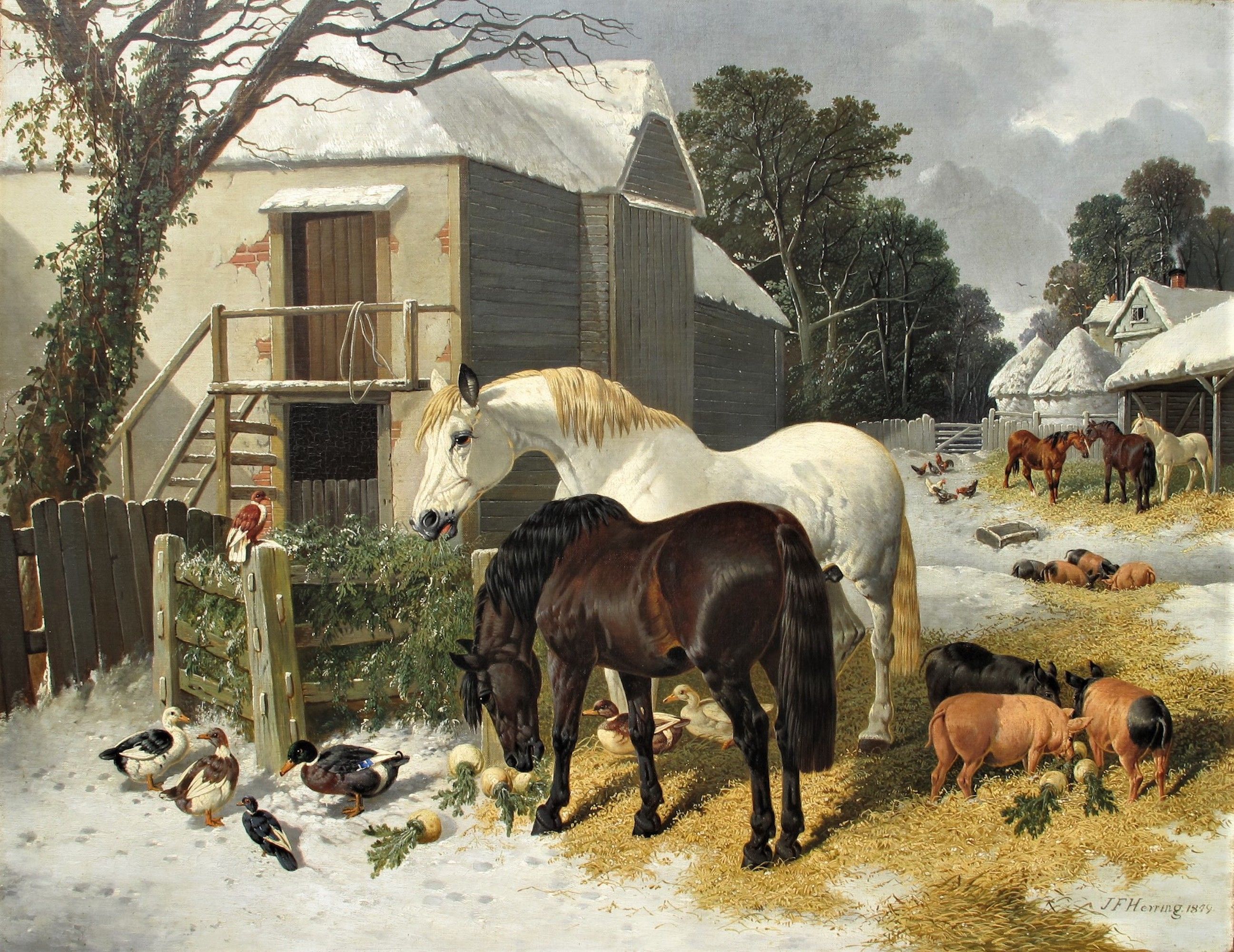