William  Adolphus was probably the father of the well known Knell family.  It is believed that William Callcott and Adolphus were his sons.  There is some confusion between William and his son Adolphus, but the former’s work is somewhat superior in style and detail.  The census of 1861 records the family living in St Pancras London.

William Adolphus exhibited at the Royal Academy, British Institute and Suffolk Street Galleries.  He is represented at the National Museum of Scotland (Edinburgh), the Greenwich National Maritime Museum and many other museum /galleries throughout England.  Queen Victoria purchased for the Royal Collection ‘The Landing of Prince Regent at Dover’ and ‘The Review of the Fleet at Spithead’.  The much praised ‘Battle of Cape St Vincent’ is in the Palace of Westminster. 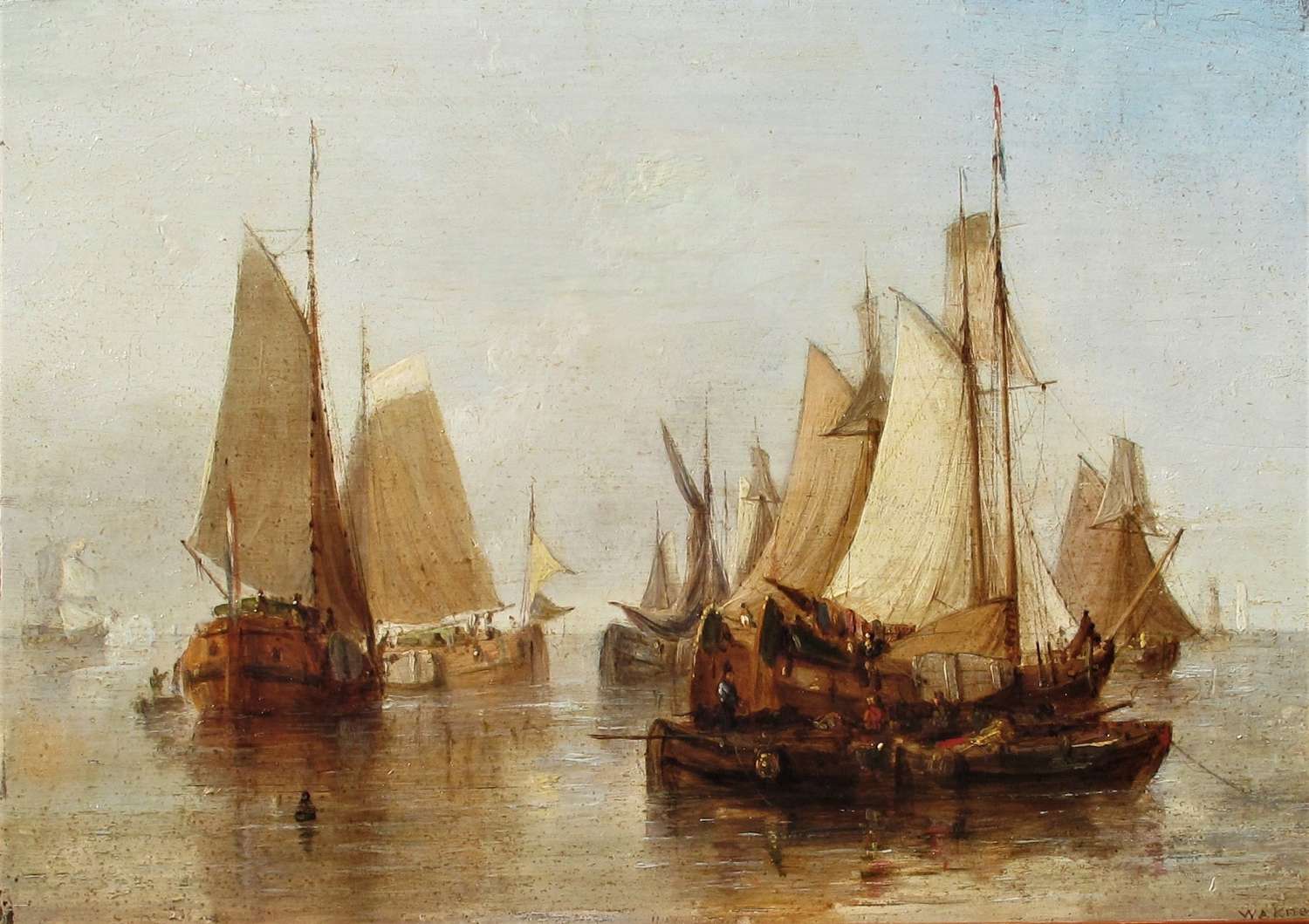