‘Morning after a Heavy Gale’

The whole of Chapter 9 of the well known reference book by Denys Brook-Hart, British 19th Cebtury Marine Painting is devoted to this artist.   In it, he is used as a model in How to Discover an Unknown Artist.  Despite the fine quality of his work he was little known prior to 1970.  His paintings were often mistaken for works by otherwise famous hands.  George Gregory did not exhibit in London or at any well known provincial venues, and it is hard to find any mention of him in the reference books.

He was the son of the watercolourist Charles Gregory.  He was born in the Isle of Wight in 1849, and at the age of seven his sight was damaged in a fire which later made sustained painting difficult, only in quick bursts of activity.   Despite this, he must have painted a large number of pictures (many unsigned) which are now difficult to locate, being as far afield as the USA and South America. It is believed he was actively painting to the year 1931.  He died at the age of 89 years on the 11th November 1938.

Since being brought to the notice of experts his paintings have soared in value.  He painted a lot of Nelson’s old ships, some of the last visual record of some of the vessels which fought at Trafalgar.  He was particularly fond of lifeboats and rescue scenes, many of which he must have witnessed off the Isle of Wight   He also painted some fine works in Germany and Holland. 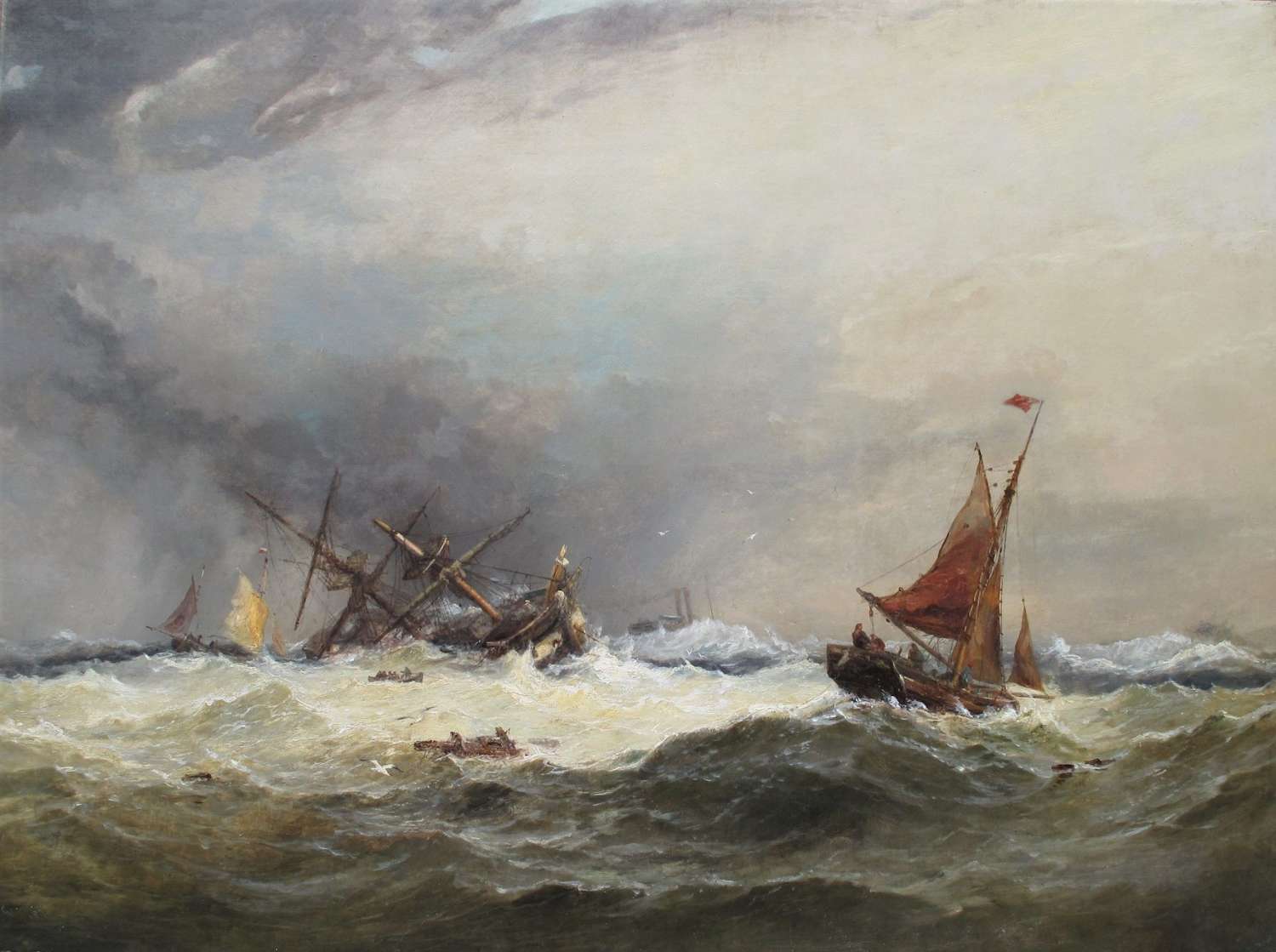